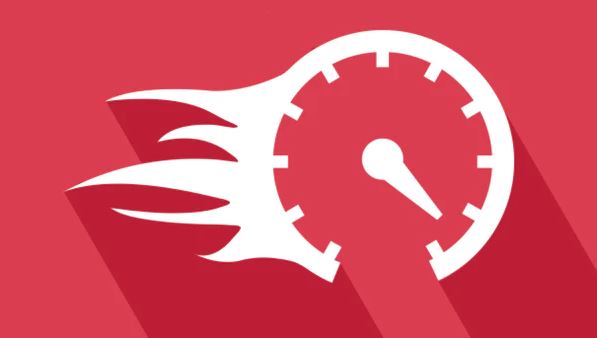 The VPN market is increasing rapidly. More and more people acknowledge the benefits that VPNs provide, want to feel secure and anonymous on the Internet and also want to bypass certain geo-restrictions on the Internet. I’m glad to see that the VPN market is growing, but there is an issue that keeps up most people who want to get a VPN – and that is the connection speeds.

It is completely normal for the speed to drop. The speed while connected to a VPN depends on a few factors. One of which is the distance from your ISP to the VPN server that you are connected to. For example, if you are in Europe and connect to a server somewhere in Brazil, then your connection speed will drop due to the latency and distance. The second reason can be the load of the servers of the VPN provider. If many people connect to the same server, then it is hard for the server to handle the load and the speed drops too.

While testing this VPN on Speedtest, the speed didn’t drop for more than 5%, which is really impressive for a VPN.

Surfshark is based outside the 14 eye jurisdiction (in British Virgin Islands, to be specific) and there is no mandatory data retention laws. It has a zero logs policy which means you are absolutely anonymous with Surfshark. This VPN also supports various streaming services like Netflix, Hulu, BBC iPlayer. And one of the coolest features is that they support unlimited number of devices, which means you can connect as many devices as you wish to one account. Surfshark currently has 800 servers in 50 countries.

Right now, they are also offering a neat discount, with which you can get the 2-year plan with 83% discount. You can get the discount here or just use the coupon code “sharkgeek” at the checkout.

This VPN is known by everyone. Well, I mean by those who know something about VPNs. It is one of the big guys in the market. It has over 2000 servers in more than 90 countries. The only downside with the servers is that you cannot pick a specific server, just the region. While testing with the Speedtest, the drop with ExpressVPN was approximately 10-15% which is actually not that bad.

ExpressVPN supports a lot of operating systems and has Chrome, Firefox and Safari extensions. On the minus side, it only supports 3 simultaneous connections and is a bit pricey. So if you have a big family and want to share a VPN with them, it isn’t a very comfortable choice.

Another giant in the VPN market here. This VPN is a well known one, but it is not only that – it is actually really good. VPN has more than 5000 servers in 62 countries, so you have a variety of choices where to connect. What is more, you can choose your favorite servers and always connect to the same ones. The Speedtest showed only an 8-15% drop, which is also very impressive for a VPN.

In addition, NordVPN is also very versatile and works from Windows, Mac, iOS and Android devices to routers and Firesticks. Talking about privacy – NordVPN is based in Panama where there are no data retention laws. Also, NordVPN has a strict zero-logs policy for your security and privacy. And last but not least – they have a SmartPlay feature that you can use to access over 150 streaming services.

This VPN is not a very well known one, but it sure does shine in quality. It has over 60 locations in 28 countries, every server supporting pretty good speeds. The conducted test at Speedtest showed about 12-15% drop which isn’t bad at all.

GooseVPN supports Android, iOS, Mac and Windows. It also has a Chrome extension. It supports some streaming services like Netflix. The downside of this VPN is that it is based in the Netherlands,  which is in the 5-eye jurisdiction.

The speed of this VPN surely meets its name, it is speedy indeed. It has a Channel Bonding feature which supposedly makes your connection faster. This VPN also has over 1000 servers in more than 30 countries so you have a variety of choices where to connect. The Speedtest showed that the drop was approximately 18-20%. It also supports streaming of the most popular streaming sites like Netflix.

Speedify supports iOS, Mac, Windows and Android. Their client is built around mobile and isn’t very desktop-friendly. Speedify claims to have a zero log policy, which is cool but they are based in the US which is in the 5-eye jurisdiction and that doesn’t sound very promising.

All the VPNs have pros and cons, there isn’t one “best one”, you just need to choose which features are most important for you and pick one. But I think we would all agree that the speed that VPNs provide is one of the most important features for our comfort. So, if you are interested in fast VPNs, this list is just for you – just pick one and you won’t be disappointed.

The VPN market is growing, but there is an issue that keeps up most people who want to get a VPN – and that is the connection speeds.

How to stop article 13? 5 things you can personally do to join the Article 13 protest