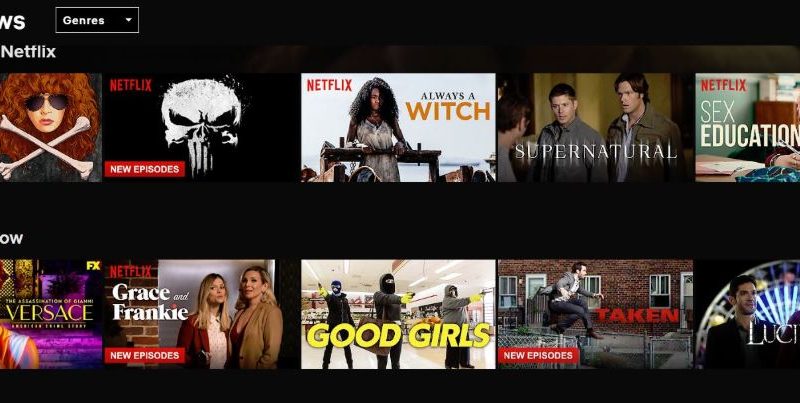 I am that person that goes back home, kicks my shoes off and just jumps straight to bed and log in to that Netflix account. Netflix is maybe the most popular streaming platform, and I understand why. The variety of content is satisfying and the quality – It feels like watching it on a movie screen. But with it comes a problem. I never know what to watch, especially when there is such a variety of options that I actually spend so much time choosing a TV show or a movie that I just go to sleep without actually watching anything. So we decided to put a guide on what are the best Shows on Netflix right now.

Some of the shows are only available in specific regions, if you want to watch them on Netflix you will need to use a VPN to change your IP address and access all the shows and movies on Netflix.

NordVPN ($3.49/month) – the best VPN out there that will make it easy for anyone to bypass region blocks, stream favorite TV shows and also stay secure and private while doing so. You can use the coupon code “TIPSFROMGEEKS” at the checkout to grab the best deal.

Surfshark ($1.99/month) – a fast VPN service that gives so much for very little: strong encryption, unlimited devices, etc. You can also use the dedicated coupon code “SHARKGEEK” to get the deal.

Let’s start with a classic. Friends is a show that many people know and have watched it even a few times. I personally watched it like 5 times. So Netflix has decided to stream it since it is loved by many and people actually do not get enough of it. It is still exciting to watch no matter how many times you have seen it. And for those who haven’t watched it yet – do it now. It is a TV Show that shows a life of 6 friends – Monica, Rachel, Phoebe, Ross, Chandler and Joe. It is a sitcom that will just make you laugh so hard and actually feel good watching it. It is just showing how strong friendships can be, how important it is to have supporting friends and how sometimes your friends can become the love of your life. It shows how people support each other’s career, how they support your relationships even if they are not meant for you. Just a fun, easy to watch sitcom show.

Black Mirror is a sci-fi show that shows “near future” and how technology has evolved and how people abused it. Since the show presents a near future it has attracted a lot of attention. Some series are actually really shocking and makes you think about what we are doing and what society will become in the future. Every episode is a different story, so you do not need to watch every episode, you can find reviews about all the series and maybe choose the ones highest rated. However I recommend watching all the episodes.

Brooklyn Nine-Nine is an American police sitcom, where actions revolves around Jake Peralta – talented but immature NYPD detective. The show is so much fun – like a real sitcom should be. You can imagine how good it is if this TV show fans even when the show was canceled by FOX stormed social media and the next day the sitcom was up and running again. This is how dedicated the fans of this TV show are. It is a perfect TV show to watch after a hard day to cheer yourself up and have an honest laugh.

At a first glance it might appear as a silly TV show, but from the first minute it will capture your attention and make you smile. It will bring you back to younger days with all the first times and the awkwardness you felt. It is a light TV show with bright characters, with damn good style, a lot of funny moments and relatable situations. The main characters are teenagers and they are pretty damn good at making this show exciting and hilarious. Too bad they only released 1 season.

Another one where the cast is mostly kids and teenagers. Stranger Things has immediately became a hit as soon as it aired. It is hard to describe in words how amazing this show is. Well first and the most amazing thing is the cast. All the cast from kids to grownups are just amazing, very talented and a perfect fit for their characters. Especially the kids, these kids are the future. Talking about the TV show it is breathtaking, shocking, sometimes even scary and of course funny. It shows the power of friendship, love and how kids can save the world. Oh, and the shows represent the 80s which I really love, the clothes, the music, the dances, the haircuts- everything.

This is the show I loved from the first episode (and watched it all in a few weeks). It reminded me a little bit of The Office TV show, well maybe because the action mostly happens in the office of Parks and Recreation department. And also in a pit that the main character – Leslie wants to create into a park. Leslie is awesome, she is the most dedicated person to her job, her friends I have ever seen. So the show is about parks, friendship, job and dedication. It is also about having fun in the office, it is about how absolutely different people can get along fine and mock each other. Watch this show if you want to have fun and laugh a lot.

This is an award-winning classic that takes us to the 1960s Advertisement agency. The time when women usually were just secretaries always getting attention from men, where you can drink whiskey and smoke in the office. It shows the life of ad agency workers, they work in the office and their lives behind it and how they affect the workplace. It is a dramatic, funny and both nostalgic show taking us back in time. You will love this show, especially if you are into advertisement business since it shows how ideas were created back in the days.

So, this TV show is about a horse. A horse that used to be a 90s actor, failed one, and it shows how he rolls through life with drugs, sex and depression. The horse struggles with life-pitying, trying to not not damage everything he has in this world with the help of his friends. It sounds depressing at first glance but it is actually a really funny show. This animated show both makes you laugh and think about your life.

Breaking Bad has been around us for 10 years now! This show has conquered millions of hearts and remains one of the most popular shows around the globe. It shows how a chemistry teacher became a drug dealer. Imagine your old teacher becoming a drug dealer, sounds fun and exciting. The tension in the show increases with every episode while nice guy is becoming a bad boy, hiding his illegal activity from his family. The tension, the good guy transformation makes the show really interesting and you start to understand why it deserves so much attention.

This show is about a Russian girl reliving the same night over and over again. The not so fun factor is that she dies at the end of the night. And then wakes up at the same night. There are a lot of movies showing reliving the same day experience, but this one is different. First of all it is super funny, well it has its sad moments, but most of the time it is super funny. And the main character – Nadia, a Russian girl with her Russian accent makes it hilarious.

When They See Us

This is a new show, it aired only at the end of May, 2019. But this is a show that you just must see. It is a Netflix original TV show based on real facts. When They See Us tells a story of 5 teenagers, there were accussed of rape in the Central Park. They accepted the acquisitions and were sentenced to jail, the interesting part is that they were actually not guilty. This story made scandal and sentenced 5 not guilty teenagers to jail. The TV show is all about this story, how they were sentenced, how they survived the process, why they accepted the chargers.

Dead To Me is a new show on Netflix, that shows a life of women that encountered loved ones death – her husband. It dives into darkness and comedy of grief period and how it is important to find friends who will help through the process. It is certainly a dark comedy that got funny in it and both depth in the story. It will definitely pull you in from the first minute.

More interested in movies? Don’t worry, we have an extensive list of movies on you should check out too. Read our best movies on Netflix list here.