SPOILER ALERT: DO NOT READ IF YOU HAVEN’T WATCHED EPISODE 3, SEASON 8

The season started with an intense trailer, but Sunday was an even more intense day, to be honest episode 3 almost gave me a heart attack. After the darkest war throughout the whole history of TV took place on episode 3, I couldn’t be more excited about the following episodes. After the bloody war in the North everyone is moving south for the final war.

Sunday never looked so far away, only a few days have passed since the release of episode 3 and together with millions of people I cannot wait for the 4th episode. At least we have the trailer, right?

What does the trailer of episode 4 reveals and what is waiting for us on Sunday?

“We have won the great war. Now we will win the last war”, the trailer starts with the words of the Great Queen of the Dragons. She says it with a smile on her face, can’t imagine how people can smile after such a dark fight, but I guess she is just so sure they will win. The dragons will rise again the same as people after healing their wounds, maybe even a darker fight will wait for us.

In the trailer we can also see Cersei and Euron preparing her army and finishing the trailer by words that are promising an intense fight: “We’ll rip her out, root and stone”. Sounds like it will be interesting in the south, where the action will happen in the future episodes.

Game of Thrones fourth episode will air on the 5th of March on HBO, until that, all is left to do is to press the replay button on the trailer over and over again.

And for those who live somewhere outside the US and do not know how to access the HBO and see GOT as soon as it airs I got a suggestion.

Watch GOT series online for free

We have an extensive guide on how to Stream Game of Thrones season 8 right here. For those who cannot access HBO because they are based outside of the USA, do not worry there is a solution – VPN. Here are top 3 recommended ones for streaming:

So what you need to do is get an HBO trial version (you can also get HULU, Playstation Vue, Amazon since they have a partnership with HBO and will also stream GOT season 8) and get the VPN trial. Combining these two will make your streaming GOT final season free and easy.

The season started with an intense trailer, but Sunday was an even more intense day, to be honest episode 3 almost gave me a heart attack. 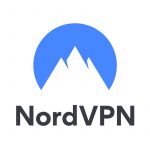 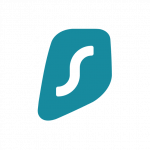